Presented by the NAMM Foundation, the TEC Awards are the pro audio and musical instrument industries' most prestigious awards, celebrating the spirit of innovation and honoring best-in-class products in the pro audio community. Following a call for entries across many different categories, a panel comprised of leaders in audio and production carefully evaluated each entry before selecting the Royaltone, the 500C and the PDIS. Nominees were announced at Summer NAMM last month, and Winners will be announced during an awards ceremony at the NAMM Show on January 26, 2019.

Guitar tones fit for a king
BAE Audio’s latest sonically inspired guitar pedal: Royaltone builds on the recent success of the company's first guitar pedal launched last year, the Hot Fuzz — which has since become a go-to stompbox for studio rats and session musicians around the world. Royaltone harkens a lost era of '70s inspired fuzz tones, all captured in a rugged stompbox built to withstand the rigors of touring or the studio. The Royaltone further explorers the possibilities of 70's era vintage English fuzz circuits in a dual-stomp format featuring powerful in-series 3-band tone circuit. The Royaltone’s fuzz imparts an instantly recognizable spitting, buzzy grit that cuts right through even the densest mix. Two distinct switches on the unit engage either the tone or fuzz circuits. With the tone switch engaged, users can access and adjust a full frequency range with dedicated knobs for bass, mid and treble. Meanwhile, the fuzz circuit knobs consist of attack and level — providing exactly the right amount of required boost and compression.

500 Series analog glue
BAE Audio’s 500C compressor represented two firsts for the company: it is its first FET compressor as well as its first 500 series format compressor. Based on the design of studio staple FET compressors of the '60s and '70s heard on countless hit records, the 500C features controls for input and output gain, plus the four selectable, time-honored compression rations of 4:1, 8:1, 12:1, and 20:1. In addition to taming peaks, its premium components and classic circuit design add highly desirable analog warmth to your signal, making it an all-star for everything from drums to bass to vocals. Like all BAE Audio gear, the 500C is hand-wired in California to ensure the highest possible quality control.

Stellar sound for stage or studio
Meantime, BAE Audio’s PDIS (passive direct injection stereo box) is based upon its highly successful single channel PDI launched last year. Like its mono sibling, the PDIS uses an OEP/Carnhill transformer to imbue any signal passed through it with a satisfying warmth and analog richness. The PDIS is an ideal DI solution for keyboards, stereo guitar rigs, drum machines and just about any other conceivable stereo application. Additionally, the unit can function as two independent separate instrument DI channels and handle two mono instruments if needed, such as a guitar and a bass, simultaneously. Tracks recorded with the PDIS easily integrate with mic’d sound sources in the mix as-is, or are well prepared for reamping if desired.

For more information on the TEC Awards please visit https://www.tecawards.org.

For more information on the Royaltone, the 500C or the PDIS, please visit http://www.baeaudio.com. 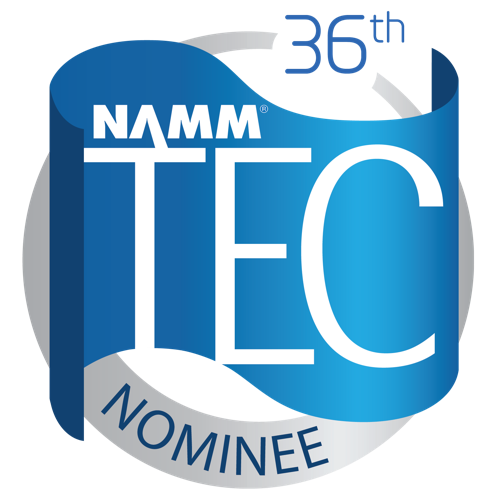