“The executive producers of the show wanted the songs fully produced and to sound like a real band was playing, so I needed a preamp that would translate that big sound they were looking for,” Pryor explained. “The BAE 1073MP offers this nice thickness. On kick and snare, they give a really solid transparent sound, but you can also dial it so you can get a nice saturation.”

Currently in its third season and centered around six middle school students who form a rock band, each episode of “School of Rock” features at least one professionally recorded pop or rock hit per episode, including songs like Sia’s “Cheap Thrills” and Twisted Sister’s “We’re Not Gonna Take It.” The show’s rock ‘n’ roll theme requires Pryor to produce big drum sounds for the show’s fully produced studio singles.

“I need a sound that is huge, larger than life, because everything we were doing is super loud and rocking,” Pryor said. “We really need to make it sound like someone spent a million dollars producing this stuff. The BAE Audio preamp really delivers on this front — there’s just something about the 1073MP that makes the kick and snare sound like a record and I don’t really have to do anything. I just have to plug it in.”

BAE: a sound to depend on
Pryor said last minute edits to songs by the executive producers, including cuts to fit the show’s run time happen often, requiring Pryor to get reliable sound every time he records.

“A lot of times we’ll just have a day to do everything because there was a revision or a shoot got moved up,” Pryor said. “Since we are fully producing a song every week, and usually on a tight schedule, it’s important for me to get the right sound the first time. With the 1073MP, I know any drum I put up is going to sound good, and that’s crucial.”

A drummer’s best friend
Pryor said he uses his 1073MP on all his drum recordings — including television, commercials and albums — because he can always depend on BAE’s accurate, “un-colored” sound.

“When you are recording drums, there’s this huge barrier because there’s so much to mic up,” Pryor explained. “Kick and snare, which are the most important channels in my set up, get put through my BAE preamp always. I don’t really ever touch that.”

As a drummer first and engineer by necessity, Pryor’s 1073MP helps him insure he’ll get the right sound from his drums every time.

“The preamps offer a great mix of transparent sound and saturation,” Pryor said. “They are so versatile depending on what tone you’re going for. But it always sounds great. You can’t go wrong — especially for someone like me who isn’t an engineer by trade. I know every track I deliver is going to sound great. I can always rely on the 1073MP." 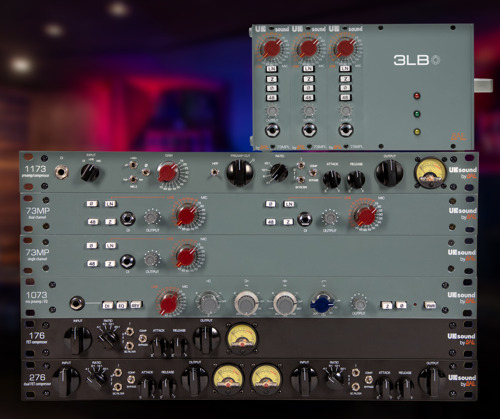